Objective               :     To explain the physical features and social activities of North America and compare them with Nepal. 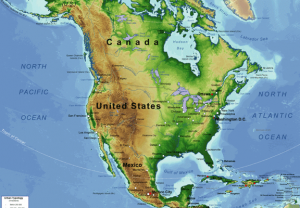 North America is entirely situated in the North-Western hemisphere. Its native people are Red Indians, Eskimos and Inuit who migrated from Asia. After Christopher Columbus discovered America in 1492, people from Europe and Africa came and settled down here. So, North America is the land of great diversity of culture. It is called the “New Land” because of the technology developed here, development of places, high standard of people’s living, enough skilled human power and proper mobilization of resources. Physically, this continent can be divided into 3 major divisions:

The western Mountain System extends from Alaska in the north to the Panama Canal in the south. The mountain system is a great chain of mountains and is called the cordilleras. These mountains were originated at about the same time as the Himalayas and Alps so, they consist the young fold mountains. Mt. McKinley (6194m) in Alaskan Range is the highest peak in North America. Special features like extremely hot Death Valley (86m below the sea level) and Grand Canyon made by Colorado River (1800m deep river gorge) are situated in this physical region. 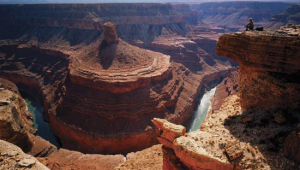 The western mountain system has mainly mountain type of climate which is generally cold due to the altitude. The vegetation found in this region is of coniferous and Tundra type. Due to the availability of coniferous wood, many people have adopted lumbering as the main occupation. Besides this, the people have adopted tourism, animal husbandry as well as agriculture in the foothills of the mountain ranges. 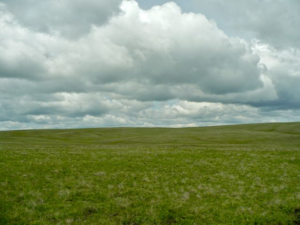 The Eastern Highlands extend from Newfoundland Island in the north to Appalachian mountain range and Alabama in the south. These mountains are lower than western mountains. These mountains consist of very old rocks from the time of the origin of the earth so; they are called old fold mountains. This region consists of 3 major highlands. They are: High plateau of Greenland, Laurentian Plateau and Appalachian Highlands.

The climate of this region is temperate type which helps to grow mixed vegetation of coniferous, deciduous and tropical evergreen forest. Agriculture, animal husbandry, industries, tourism and forestry are the main occupation in this physical region.